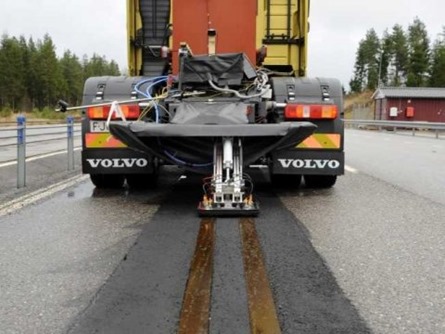 I published a journal article outlining the economic viability of electric roads in 2017 in the journal of Energy Strategy Reviews.

To date, I have also published two reports about electric reports: 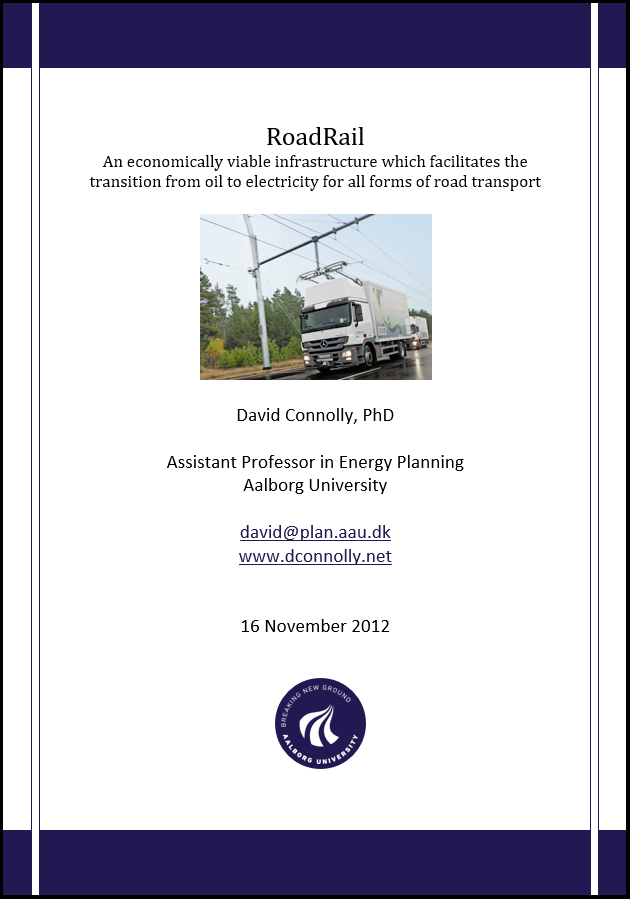 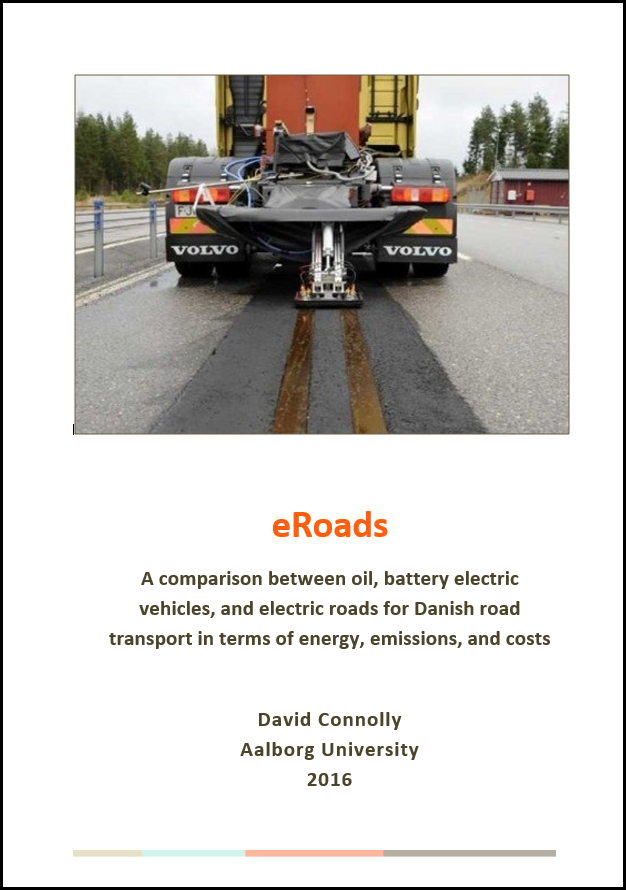 Version 1 from 2012 was published before any major developments in conductive electric roads, so the cost and performance of electric roads are based on technologies which have similar characteristics such as electric trams and transmission lines. In version 2, a more in depth analysis was carried out since new data became available about electric roads. A brief overview of the concept is provided in the video below, followed by a summary of version 2 and the key messages from the study.

Brief Overview of the Concept and Study (14 mins)

The electric road and battery electric vehicle scenarios are more efficient and produce less carbon dioxide emissions than their corresponding oil scenarios for two key reasons: 1) the vehicles are more efficient and 2) electric vehicles enable more renewable electricity to be integrated onto the electricity grid. This is particularly evident in 2050, since the price of fossil fuels increases while the price of renewable electricity and batteries decreases. Finally, the electric road scenarios can facilitate more reductions in the energy demand and carbon dioxide emissions, since they also enable heavy-duty transport to be electrified such as trucks and buses. It is unlikely that these forms of transport will be electrified without electric roads, due to the relatively high cost of on-board battery storage.

All Figures and Tables referred to here are in the full report.

Transport is the Largest Part of the Energy System

Electric Cars are Much Cheaper with Smaller Batteries

Electric Roads are Relatively Cheap Compared to Other Transport Costs

Recommendations: eRoads are One of the Most Promising Alternatives to Oil